Join thousands of Ultimate players using Flik today, from across the world.

Get the latest drills, analysis and advice from the world's best players and coaches, and create your own session plans.

Hasami is the Japanese word for “scissors”, and this perfectly describes the principles of this innovative defence. Hasami is a method of sharing responsibility between multiple defenders.

Since Hasami is designed to keep the other team on the field, it prioritises preventing the quick score. Therefore, deeps set up deeper than any offensive players, and are tasked with preventing the huck; bear in mind that Japanese teams have traditionally suffered deep vs taller nations. Other defenders sit underneath their cutters, spreading a net around the offence and reducing throwing opportunities seen in traditional offences.

Narrowing the cutting lanes makes hucking more difficult, and makes the swing more appealing, and Hasami is designed to allow the swings, so when the disc moves laterally, the handler markers move across the field to narrow down the new attacking angles in a simple arrowhead formation. Hasami also makes extensive use of the Buzz Switch to contain handler movement, which is particularly effective against open side give and go moves. 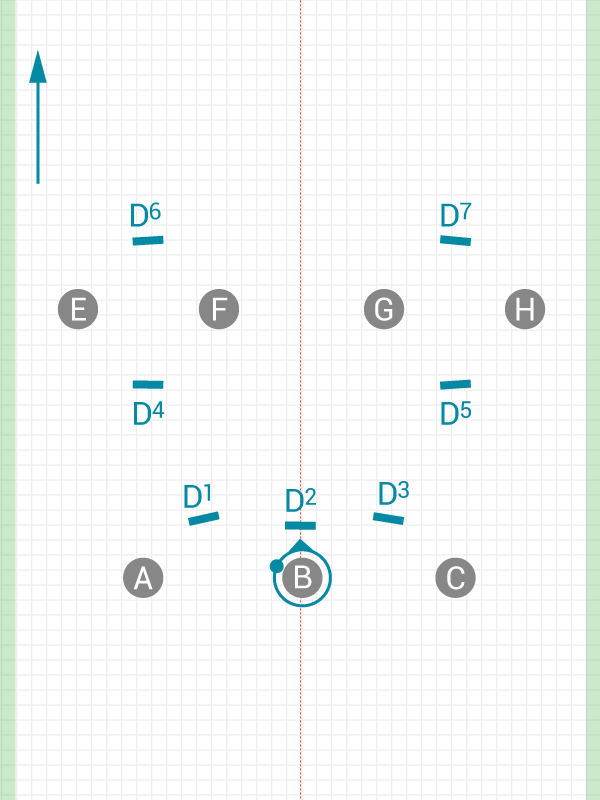 The most important part of Hasami is communication; use voice & gestures to communicate which threats to take, and how players will keep changing responsibilities. Point to cutters that need to be guarded, and talk to your team mates about where cutters are. The better you communicate, the easier it will be to play defence and the more effective Hasami will be.

This website uses cookies to improve your experience while you navigate through the website. Out of these, the cookies that are categorized as necessary are stored on your browser as they are essential for the working of basic functionalities of the website. We also use third-party cookies that help us analyze and understand how you use this website. These cookies will be stored in your browser only with your consent. You also have the option to opt-out of these cookies. But opting out of some of these cookies may affect your browsing experience.
Necessary Always Enabled

Any cookies that may not be particularly necessary for the website to function and is used specifically to collect user personal data via analytics, ads, other embedded contents are termed as non-necessary cookies. It is mandatory to procure user consent prior to running these cookies on your website.